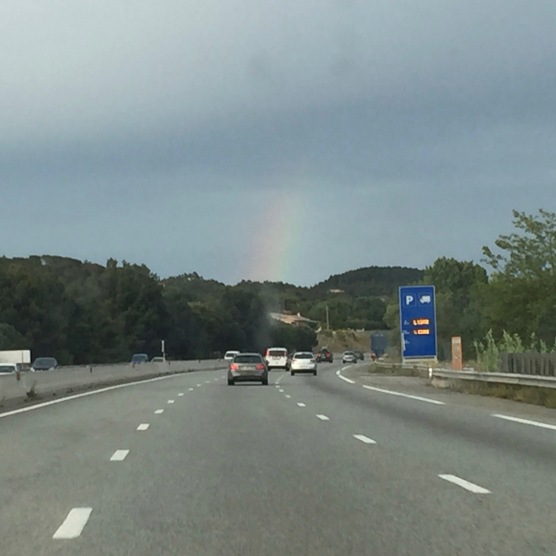 Driving into Cannes under a rainbow

(Continuing along to France…) The drive to Cannes was long but Paul was a super (and fast!) driver. The first night we spent on an overnight ferry (see Cinderella in Cannes Part One) and I fell asleep with a distinctly strong smell of fish in my nostrils. We ended up pulling into Antibes, France, just a few miles northeast of Cannes at 10pm. I went out searching for a sight of the beach and gave up after meandering around in the dark for 20 minutes, bought some pizza at a food truck, and headed for bed. 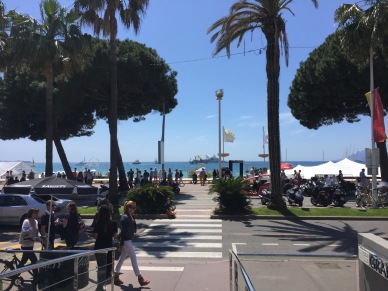 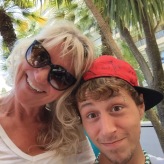 The next day we met up with the cast and film crew of American Honey that were able to make it to the festival. It was a joyous reunion catching up with them and feeling the excitement of being together for this momentous event. My eyes and heart kept being drawn toward the blue turquoise sea dotted with white yachts. SO BEAUTIFUL, I couldn’t wait to get my toes in the sand. The beach was taken up with festival tents and garb and there were few places the public could even be near the beach. 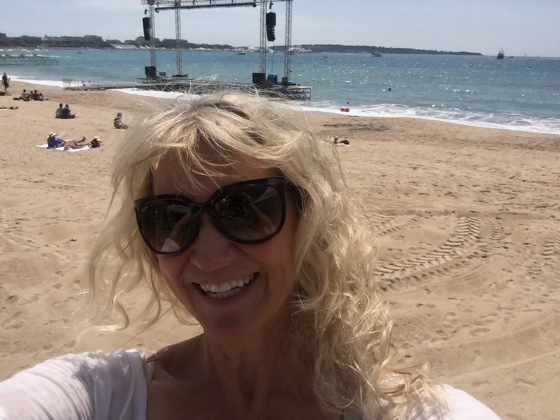 After getting our badges and tickets, we drove up to an old, fading Russian palace where a bunch of the production crew were sharing rooms to keep our costs down. The view was to die for and the beauty of marble walls and stained glass enthralling even if we did have to climb 10 flights of stairs in the midst of peeling paint. 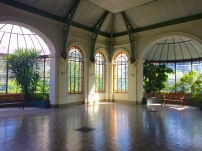 View from my room

That evening we met outside of a pub to enjoy each other’s company before the big Premier and Red Carpet event the next day. Everyone was abuzz with excitement. I was still fighting the time change so after 3 hours, when standing on the sidewalk started to get painful I caught an Uber back to the apartment for some much-needed sleep.

The big day came and we all put on our finery and left for the Palais de Cannes. I still marvel that little ol’ me attended such an exclusive event. The security was tight tight tight and even though we had tickets and wanted to wait for the cast to arrive and walk the red carpet with them, guards shooed us inside to watch their arrival via the huge screen. I smiled as the young street-cast actors that I worked with, loved, humored and nursed last summer were lauded by fans and flashes of cameras. I was so proud of them. They danced on the Red Carpet then were ushered down the aisle amidst standing ovations to sit a few rows in front of me. Shia stopped in the aisle and kissed me on the cheek and I felt like a princess and at that moment knew my daughters were right, I couldn’t miss this experience. 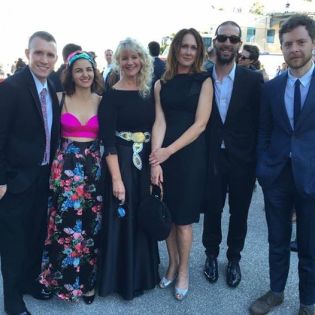 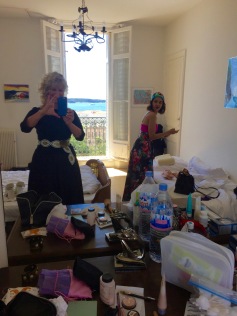 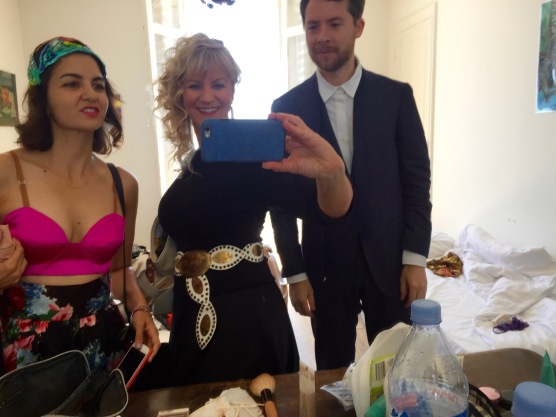 Then it was time to watch the film. It was beautiful re-living the events of last summer on a road-trip that I thought we would never survive. The stress of it was transformed into a story of hardships endured but where love triumphs. The sound track was incredible and brought back so many memories of dancing in parking lots and singing in the van. 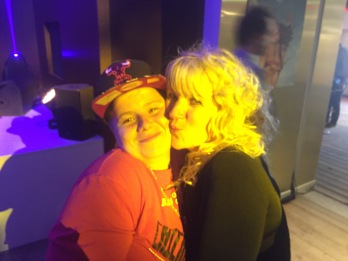 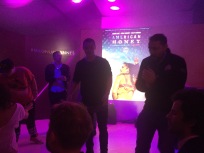 Celebrating at the Partay!

After the premier we were regaled at a small party with drinks, toasts, hors-d’oeuvres, and dancing. Then we walked to the waterfront for the big party held in a tent right on the beach. Finally I had my feet in sand and yet the guards would not let me any further than a foot away from the boardwalk. No midnight dip in the Riviera for me! 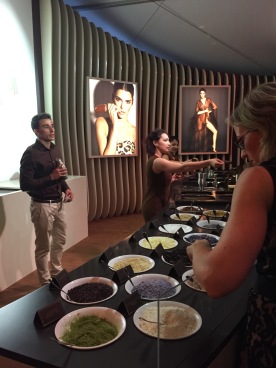 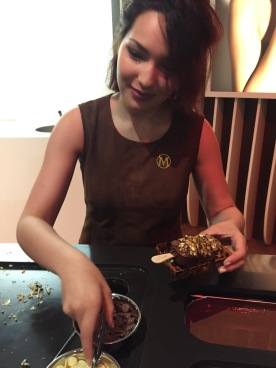 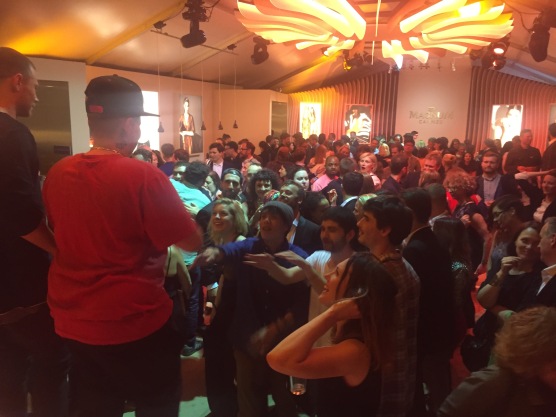 Inside dancing and singing

We danced, hugged, and celebrated, ate precious dipped ice cream bars in genuine gold leaf until 2am when the party was ended and we were escorted to the street. Not ready to stop yet, we walked to an outdoor cafe that was still serving pizza. At 4am Cinderella was turning into a pumpkin and knowing I had to pack and catch a flight in a few hours, I said my good-byes and dashed to catch a ride back to the Russian Palace. (to be continued…)

Tromping through the woods at William Bryant Homestead.
Another COVID project complete! Crocheting like my grandma did, let’s hope I don’t take up smoking like her too! 😬
Walking in a Winter Wonderland!!
Cassi always into something!
Happy Halloween!